Okay, so this is 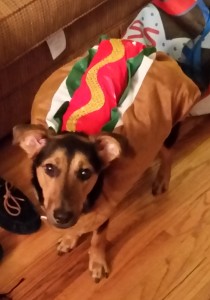 going to sound a little odd to anyone who has followed the saga that is Owen.  You all know I was in favor of a dog…a man’s dog, something like a lab, a big black lab or possibly a weimaraner.  We ended up with this little thing that has black fur like a lab, the body shape of a dachshund and barks like a beagle.  In short it is far from what I imagined, dreamed of and envisioned having to take care of once my daughter abandons me for college and whatever comes after and “blesses” me with Owen.

Well, over the past few weeks Owen and I have started to bond a little.  Rayann and Nancy will abandon him for extended periods of time at night and the two of us men are often left to fend for ourselves.  We have learned some new games…which the girls do not necessarily approve of…which makes them all the more fun and exciting.  Once game time is over he has started coming to sit next to me on the couch and just lay his head next to me and keep putting his head under my arm until I start to rub his head.  In short we have learned that there are only two guys in this house and if we stand any ch 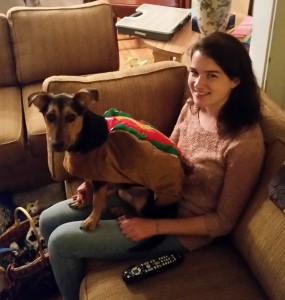 ance of survival we have got to be on the same team.

That is why when I came home today and found him in his “costume” I started to protest vigorously.  It was simply not dignified and was not something that any self respecting dog would allow to be done to them…to be dressed up as a hotdog!  Last years costume was questionable but this was over the top.  I protested, Owen hung his head in shame and wallowed around the house praying for Halloween to be over quickly.  When my protests went unheard or at least not responded to I promised Owen that once his owner went off to college he would be freed from the humility and shame of such events.

btw. I have a slightly used hot dog costume for a “medium” [I would say small] sized dog available if anyone is interested. 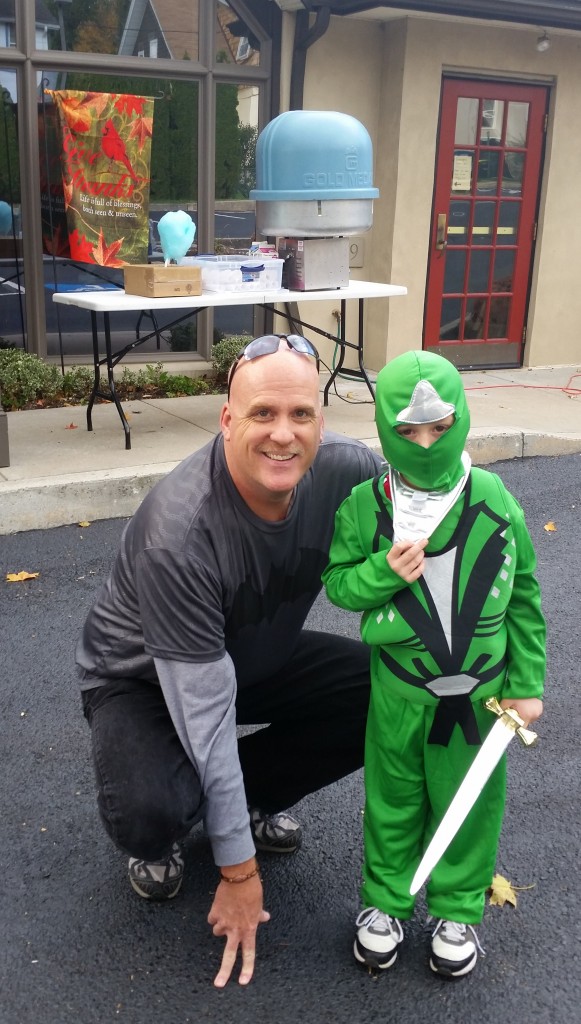 This evening the parking lot of First Baptist was turned into a place of fun and activity.  Following the Kennett Square Halloween Parade we held our Trunk or Treat.  It was great to see our team come together and make the event such a success.  We started out with 150 cotton candy cones and we used every one of them!  The people just kept coming and it was great to see all the smiles as we simply served our community.  Thanks again to everyone who made this such a success.  Here are a few pictures that capture some of what took place this evening.