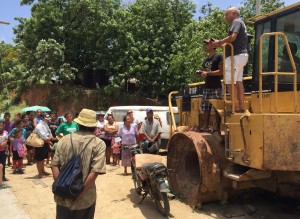 A few years ago there was a movie, The Bucket List, which made this idea of coming up with a list of things you wish to accomplish before you die rather popular.  It was an interesting movie.  Honestly, if I see Jack Nicholson or Morgan Freeman in anything I am going to stop on the channel and at least give them a few minutes of my attention. This idea of having a “bucket list” kind of caught on and has made for some interesting table conversation and may have actually spurred some people on to do some things they would have otherwise just dreamed about.

Today in Roatan our group traveled to the dump.  There is a community of people living there.  Some actually live on the dump, others live around it.  They gather what they can to survive from what the rest of the Island casts aside.  Keep in mind that everything is used multiple times and ways here on Roatan.  It is not like going up and down the streets of our comfortable neighborhoods on trash day looking for a lawn mower to fix or finding an old set of drawers that can be 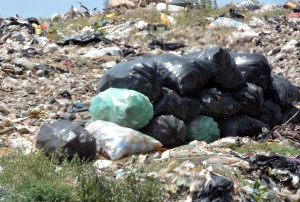 repaired, or finding a couch that has enough life in it to get you through college and the first two to three years of marriage.  If something makes it to the dump on the Island it has been well used and is pretty worn out.  The people of this community gather plastic bottles and sell it for approximately 3 cents a pound, it is how many of them support their families.  Life at the dump is all about survival.

We went there today with a car full of rice and beans to give to the families.  We also had flip flops, some clothes and even some pretty dresses for the young girls.  We went with a team from R Church Roatan, they helped organize the distribution of the food and clothing.  Going to the dump is a normal part of their ministry efforts and I am thankful to have people like them reaching out to the least and the lost among us.

Before we handed out the food Pastor Ronny Russell from Live Again Ministries had a moment to share with the people gathered there.  Through an interpreter he brought words of hope and promise from the book of Psalms.  When he came down from his “pulpit” I said, “cross that off your bucket list…preaching to a group at the dump from atop a front end loader.”  It may have sounded crass or even disrespectful but I was having a hard time finding the words to express my thoughts.  As the 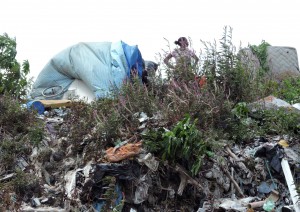 day went on, and I have had time to think about our experience there I believe preaching atop a front end loader at the dump has less to do with a bucket list and should have more to do with ministry preparation.  All too often preachers dream about and long for the opportunity to speak and preach in front of hundreds, thousands, tens of thousands (via television and radio).  They dream, plan and strategize on how to grow “their” ministry…when there are millions of people in this world living atop “dumps” in every community in this world who need nothing more than a “bag of rice and beans” and a few kind words to get them through till tomorrow.  I believe it was Jesus who said, “Truly I say to you, to the extent that you did it to one of the least of these brothers of Mine, even the least of them, you did it to Me.”  Actually, I know it was Jesus who said that in Matthew 25:40.  He was talking about the way we respond to the needs of the orphans, the poor, the hungry, the thirsty, the stranger (homeless), the naked, the sick, and imprisoned.  He was sharing that as we cared for them we are caring for Him (Jesus).  He was telling us that it is at the dump where we will encounter Him.  You can go to “church” for the next 52 Sundays and chances are rather high you will not encounter God the way you do at the “dump” where the poor and impoverished live each day.

The longer we stayed at the dump, and the more I thought a 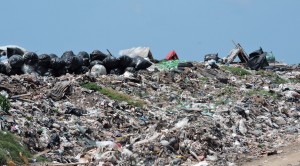 bout it during the day and into the night…preaching at the dump should not be on a pastors “bucket list”…it ought to be the test to see if they are qualified to handle the word of God and serve people.  What do you bring from the word of God to a people who live atop a dump?  What does God’s word have to say to a people who literally sift through trash all day long hoping to find plastic bottles or some other “treasure” they can use to support their family.  How do you walk, work, speak among them?  Are you even willing to go and hang out with the people there?  If you are too focused on growing your church that you do not have time for the “dump” in your community (whatever form “the dump” in your community takes) you have a problem…a big problem…one that cannot, will not be fixed in any strategy meeting.

Abba Father…May you help me to always be ready to go meet you at “the dump”…may you give me your words of comfort and strength as I engage your people in conversation and relationship.  May you grant me grace to love as Jesus loved me.