Tuesday afternoon I went for my normal CT Scan and MRI. While driving home my oncologist called to say he had already heard from the radiologist. 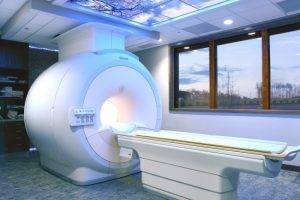 Tuesday morning there was a mild “weather event” going on in our area. We had snow, rain, and ice. The winter trifecta of all things you want to avoid. My study has a woodstove and I had that thing cranking out some serious heat. When it was time to leave I was not overly excited about the whole process.

Walking into the facility where I get my scans I was reminded that this was as much a social call as it was a trip to the doctors. I was greeted by familiar faces, we got caught up on life and all the things that had changed since the last time I had visited.

During these visits, I am repeatedly asked, “How do you feel?” It feels like an odd question. How I feel is truly irrelevant. What matters is what they see through the scans. I can feel great and at the same time have something very bad going on inside my body. Over the past few years I have learned to not waste energy answering the question. I simply say, “That is what I am here to find out.”

Take My Breath Away

My appointment took longer than normal. They were very busy. With my tests finally completed I could not get out of there fast enough. With a quick, “See you in three months” I was out the door. I made a quick stop at Lowes and started over to my parent’s house.

How am I feeling? I was feeling great but, in this moment, I am filled with fear and dread. His call came less than an hour after I had completed my tests.

“Well Dan, the good news is your liver is unremarkable, no changes.” I have come to appreciate being called unremarkable. I used to long for the day when I would hear that everything had cleared up and my cancer was gone. With each good report that still spoke of cancer alive and well in my body I was disappointed. I have learned to be content and even joyful when I am described as unremarkable.

Do You Have Pain?

So….if my scan was good, why this phone call? “Dan, do you have pain anywhere?” “No” “Do you have pain on your right side?” “No” “Are you sure?” “Yes, I am sure, what did they see?” “Well, it appears your right kidney has some issues.” For those of you who may not remember I only have one functioning kidney. Praise God it is my left kidney. During this whole cancer journey, I learned that my right kidney has not worked since I was a child. Something about a twisted tube and the kidney simply went inactive. I have lived this way most of my life and would have continued to live that way, blissfully unaware, except I had scans during my cancer diagnosis.

Now it appears as if my right kidney is presenting as if it has a kidney stone. Something that is hard to understand when the organ has not functioned for decades. As the radiologist read my scan they assumed I must have been in great pain. This explained a conversation I had with the radiologist. As I was getting up off the table they asked me, “Are you in pain?” It was an odd question, something I had never been asked before at these tests. I answered and then pressed them as to why they were asking. “No reason, just wanted to make sure you were comfortable.” Well, we will have a conversation about being honest in three months when I see them again.

What is Our Plan?

In the end, I asked Dr. Saroha what he wanted to do, “nothing, I will speak to the urologist.” This does not make sense, and as long as you are not in pain we will simply just keep an eye on it.” “I am glad you are feeling good. See you in a few weeks Dan.”

As we said our goodbyes my heart slowly stopped racing and my head cleared. It was nice to know that if there was a problem, if there was an issue, my team has the ability to respond within an hour of my scans. I am glad that my liver is looking “unremarkable.” We are well on our way to getting a year chemotherapy free. This break started in September so we just about six months in.

I have had a couple of days to think about this experience. Here is my biggest take away so far. There is much going on in this world that I am totally unaware of. I lived the better part of thirty years unaware that I only had one functioning kidney. I was moving through life these days not thinking anything about my kidneys…until this scan took a peek inside my body.

That truth applies to all areas of life. We often move through our days unaware of what is going on around us. There is a sense of freedom, even joy in that being unaware. I had not given any thought to a pain in my side until Dr. Saroha asked about it. Once he made me aware of a potential issue I have felt some kind of pain off and on throughout the day. Is it real, probably not. Would I have even noticed it without his questions, probably not. There is freedom in moving through life unaware.

I was focused on living each day to the fullest, accomplishing the plans and goals for each day, and spending time with those I love. This “issue” caught on film has caused me to be distracted by something other than what is truly important.

Distracted by What Could Be

It would do us good to adopt the attitude of Dr. Saroha when it comes to these “potential problems” which rear their heads before us, rather than react and burn energy on what might be, “simply keep an eye on it and wait to see what will be.”