Chemotherapy has many side effects. The past few weeks I have seen healing from one of the most annoying side effects I have experienced. 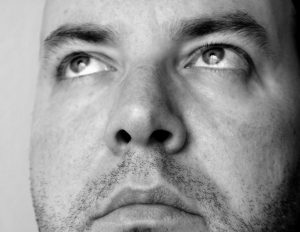 Soon after I started my chemotherapy treatments in May of 2016, I lost my nose. One of the drugs that was part of my chemo cocktail caused the lining of my nose to bleed constantly. I would slowly get better during my off week, but as soon as treatment began again, my nose would be sore and raw. During my first long (six months) break from chemo my left nostril cleared up, and I had hopes for complete healing. Once we started my second round of chemo that hope soon disappeared. My nose was raw each morning and night. The lining would bleed, and it would form clots that would, in turn, cut the interior of my nose when I blew my nose.

Something to Live With

I talked with Dr. Saroha about it many times. He was compassionate, but it was just one of those side effects that came with the type of chemo I have been using. I had resigned myself to taking care of a raw, sore, bleeding nose for the rest of my life.

Six months into this break from chemotherapy and suddenly my nose has cleared up! I do mean suddenly. One day it was a wreck, and by the end of the week, it was healthy. The healthy caught me by surprise. I had a routine that I used to keep my nostril clean and clear (I will spare you the details). I found myself sitting in my chair realizing I had not needed to follow my routine for three or four days. At that moment I realized the clotting had stopped and my nostril was healthy.

It may not seem like much to some…but this is huge for me. I had resigned myself to living with a damaged nose for the rest of my life. In the grand scheme of things, it is a small discomfort. A minor inconvenience for the joy of living life. I had made peace with the awkwardness of my nose, now to find out I was experiencing healing.

For the past few weeks I have been walking through life taking deep, unobstructed breaths through both nostrils…sometimes it is the small things. END_OF_DOCUMENT_TOKEN_TO_BE_REPLACED