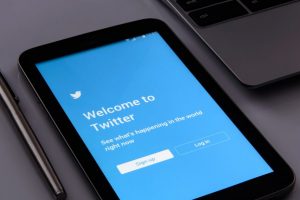 Burdened with his own personal worries, and concern for his people the Old Testament prophet Habakkuk unleashes a “twitter rant” directed at God.

Habakkuk lived in the city of Jerusalem during the late seventh century BC. Under the reign of King Josiah – there was prosperity, justice, and faith – the kingdom prospered. King Jehoiakim followed – his works were evil. Corruption became normal. People suffered and looked for relief.

It was during the reign of King Jehoiakim that the prophet Habakkuk was moved by the pain and suffering that surrounded him. Looking upon the injustice, violence, sin, idolatry, and contempt for God, Habakkuk unleashed what can best be described as a twitter rant directed toward God.

How long, Lord, must I call for help,
but you do not listen?
Or cry out to you, “Violence!”
but you do not save?
Why do you make me look at injustice?
Why do you tolerate wrongdoing?
Destruction and violence are before me;
there is strife, and conflict abounds.
Therefore the law is paralyzed,
and justice never prevails.
The wicked hem in the righteous,
so that justice is perverted.