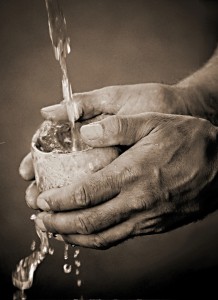 Throughout Lent the sermon series at FBC focused on the idea of “Kingdom of God”.  What was Jesus talking about?  What did he think and believe the Kingdom of God to be?  As we work, live and move through 2015 here in this world how are we to be adopting and embracing Jesus teaching of the Kingdom of God?  We looked at some of the parables where Jesus began, “The Kingdom of God is like…” and ended up on Easter morning reading from John 10 where Jesus describes himself as the “Good Shepherd who cares for His Sheep.”

Today I came across the writings of Brandon Ambrosino as he reflects upon the meaning of Easter and the implications that the resurrection of Christ carries for the kingdoms of this world.  I found myself cheering inside as I read his article.  He ends the piece with these words…

THE BELLS of Easter Sunday, comforting though they may be, are actually a call to war, albeit a nonviolent kind of war; a call to rise up, to act up, to announce to the powers and principalities that rule our nations that their power has an expiration date, that their rule is a sham, that their kingdom has been undone by the one who undoes death.

The rebuttal here has always been: Open your eyes. This kingdom you’re talking about — where the last are first, where the outsiders are preferred — is not here. There is war. There is evil. There is death and rape and racism and unemployment and sex trafficking. There is a brutally agonizing world here and now, and to pretend otherwise is either naive or morally bankrupt.

But Easter doesn’t deny these things. After all, even the resurrected body of Jesus contains crucifixion scars, which are Jesus’ eternal reminder that he was murdered by the very people he came to save. What Easter teaches is this: Even in the midst of the kingdom you’re living in, it’s possible to actually pledge loyalty to a different one. By feeding the hungry, forgiving your enemies, and providing shelter for the homeless, you can actually choose to live in the kingdom Jesus established.  (italics mine)

Hope, then, is not a spiritual thing, or a reflective exercise; it’s decidedly physical. If you believe Jesus was raised from the dead, the obligation that Jesus puts upon you is to meet people’s physical needs. “Do not abandon yourselves to despair,” said Pope John Paul II. “We are the Easter people, and alleluia is our song.”

This alleluia is both a praise and protest. The world is made new, alleluia, and all lives matter. Creation is transformed, alleluia, and therefore let us embrace the strangers in our midst. The tomb is empty, alleluia, now let us work to heal the hurt of all those who have been discriminated against, made to feel like second-class citizens. In God’s kingdom, after all, there is only one class of citizen, because all have inherited the same birthright from their heavenly father.

Two thousand years later, the promise of Easter has not lost its power. The risen Jesus, then as now, invites us to live in this world as if it is somehow a different world.

Because, alleluia, it is.

To read the entire article, (very much worth your time): Jesus’ Radical Politics – Brandon Ambrosino