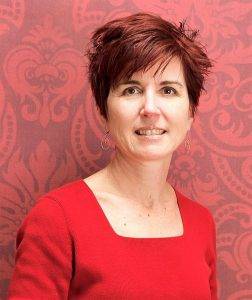 Feelings of panic can overwhelm the best of us. Nancy shares an experience she had back in March that had just a little panic mixed in.

March 17, 2020. Early in the Covid-19 crisis, we began to realize life was rapidly changing. However, other life situations were not changing. Dan still had cancer. Rayann was still in Scotland with Study Abroad. Joseph was due to fly in Friday for a week to help us get ready for spring and yard work.

Now a global situation was invading our space. My job had moved to work at home. For a professional development instructor, that meant a transition from in person trainings to webinars. On Monday, our organization decided to move to Zoom from another platform we were learning.  I had Tuesday and Wednesday to learn Zoom and be ready for an 8:00 am webinar on Thursday.

However, early Tuesday morning Dan and I left for his doctor appointment in Philadelphia. Dan had been released from the hospital the previous Friday, but we had our hospital backpack in the car. We felt that he would probably end up back there after the doctor saw him. We made it into the Perelman Center easily. Dan knew how to navigate through the waiting rooms required for blood work, pump fills, and doctor visits.

As Dan was at check out making his next appointment, his PA rushed out with a panicked look on her face. His final blood work numbers had returned. He was on the way to the hospital. While Dan was busy, I asked her, “Is this it?” Dan was the sickest I had ever seen. She quickly replied in the negative, saying they could help, but he needed to get to the hospital.

We walked over the indoor bridge to hospital admissions, after which I knew I could not go with him. I could not help him or support him. Dan does not know his way around the hospital as I do, so I helped him walk to the elevator and rode up to his floor. We then said goodbye. Not knowing what the next few days would hold. I left him. In the hospital. Not knowing.

I now had the drive to Newark NJ to pick Rayann up from her flight. She had been nervous because her friends had found changing flights in London stressful a few days earlier. She had made that but now would have to get cleared to reenter the US after the corona virus travel ban. She arrived at 9, had customs, then 2 hour drive home.

Conflicting battles, (leaving Dan, finding Rayann, Joseph’s flight Friday), were waging as I drove. I missed the entry to 76W but cut over and made it. A few minutes later I realized I missed the turnoff for 95N and would have to back track on 76 which is not a road to spend more time on than you have to. As I followed the GPS and navigated around the pain started.

I am leaving Dan behind. A pain is radiating through my chest. 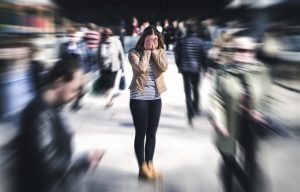 Rayann’s trip was cut short by 3 months. My heart rate started to pick up. I start to panic and wonder if I should turn back to the hospital.

As part of my job, I had recently taught several mindfulness classes. Mindfulness teaches how to be in tune with your body, be aware of stress and calm yourself. Yes, you can teach things you do not always practice. However, I knew the deep breathing exercises and began to breath while driving (looking for a hospital- I would not have ignored chest pain.) As I practiced my breathing I also turned my thoughts into prayer, knowing that life would be OK. Even if life did not go as I wanted, it would be OK. Breathe and calm. Breathe and pray. Breathe and get off at 95N this time.

A few minutes after I stopped the crazy thoughts and calmed down, all pain was gone, my heart rate was good, my breathing was steady. After being relieved and thankful, I was annoyed with myself for having talked myself into panic. Life is not always like I want it. I often need to be in two places at one time. Even if the hospital had allowed visitors, Rayann would still need to ride from the airport and since she had left two months earlier, I wanted to be the ride.

After my inner crazy had calmed, I had a peaceful ride at 5 pm to Newark in light traffic. Rayann made it through customs in an hour, released to come home and be quarantined for 2 weeks. Dan’s hospital stay would lend to more stress but no more panic. A few tears but no panic.

The Gift to Continue On

Why share this? Dan doesn’t even know about this episode. Care giving can be stressful even when you want more than anything to be everything that person needs. Life can add external pressure like a no visitor hospital policy that makes a hard situation seem impossible. Emotions can overwhelm and I tend to be embarrassed or guilty when that happens. I think we need to be aware that no one is perfect.

The gift of care giving, however, is to continue on. Keep caring. And practice mindfulness, prayer, support and anything that helps us overcome the panic and keep driving.

Post note: I would never ignore chest pain and this episode lasted less than 3 minutes before I felt relief. I was looking for a hospital and was only minutes away from several. I am not suggesting for anyone to self-diagnose a panic attack and postpone seeking help.