Years ago, I learned that it’s not about me when living in a community. The lesson has followed me throughout my life.

Decades ago, someone taught me a lesson about living in a community that has followed me throughout my life. The strange thing is they were not trying to teach me anything. They were remaining true to themselves and speaking and acting as they would in any situation. 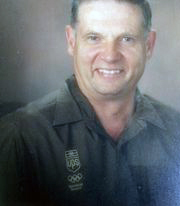 In our late twenties, Nancy and I arrived at Memorial Baptist Church (now Church of the Redeemer) in Cortland, New York. Joseph was only a few months old. I was fresh out of seminary. To say that our world was in transition would be something of an understatement.

Memorial Baptist was a smaller-sized congregation. Calling me to serve as the youth pastor was a huge step for them. During the interview process, we discussed the reality that there was enough money in the bank to pay my salary for one year. After that was gone, only God knew what would happen.

As I met the people who worshipped at Memorial, I met Don Perry and his wife, Janie. One morning following service, I talked with Don, and I mentioned how it was such a step of faith for the church to hire a youth pastor. There was such an opportunity. Don was quiet a moment and then said, I voted against that.

It was a conversation killer.

It’s not about me 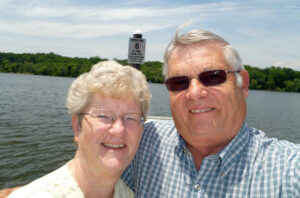 We said our goodbyes and went our separate ways. It took me weeks to build up the courage to go back and ask, “Why?”

One Sunday, I found Don by himself. It took all the courage I could muster to continue the conversation. Finally, after the initial pleasantries, I asked Don, you said you voted against me; why?

Don smiled a little and then explained that it had nothing to do with me. He thought that adding a second staff person was not a wise decision. It did not matter who the candidate was. Don was going to vote no. For him, it was a matter of conviction.

Over the next few years, Don’s actions taught me a lesson I have never forgotten. It is a lesson we need to be reminded of today.

To be in Community

Don was almost immediately one of my biggest supporters. He demonstrated that in several ways.

Don would often ask how I was doing. He did not want anything from me. His son was off to college, and grandkids were years away. So the focus of my ministry did not touch directly upon his family.

When Don and I talked, his only concern was for how I, and my young family, were doing. You could tell there was genuine caring when he spoke.

The youth group would have large retreats or trips three or four times each year. Before each one, Don would quietly come alongside me and ask Dan, is there anyone who ought to go on this trip who cannot afford to go? There always was. Don would pay for these kids to attend retreats, trips, and concerts without any fanfare. It was just how he moved.

Don, who voted against the idea of my being there (probably multiple times), was one of my biggest supporters.

I went on to spend five years at Memorial Baptist Church. My time there was fantastic. We did some great things in the church and the wider community. I still keep in contact with some of the “kids” (now in their 40’s) who were part of that ministry. 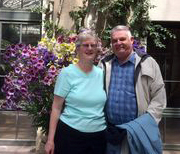 Even something as straightforward as “I did not vote for you” had nothing to do with me. How often do we think something is about us when more significant and different forces are at play. Whenever I feel that something is “about me,” I am reminded of my conversation with Don. Chances are relatively good I am the last thing on people’s minds.

Lesson 2: Being in a community, whether it be family, church, work, civic group, means you support the community’s efforts. When one of the communities we are a part of does something we disagree with, we often jump to cutting off the relationship. Remaining in the community and finding ways to work together can be more challenging but rewarding.

I was blessed to have walked with Don, and his lesson serves as a model anytime I think it would be easier for me to simply walk away.

Don was not trying to teach me anything when we had our conversations. Likewise, I was not looking to learn anything. Yet here I am, decades later reflecting on lessons learned and carried through life.

Every word we speak every conversation we have could be one of those lessons that people carry with them for a long time. Words have power. Remain true to who you are, and be mindful that plenty of people are listening to the words you speak AND the actions that follow.